Where do the connoisseur collectors of mainland Europe bid? Where can new collectors explore without being blinded by the razzle dazzle of the big-name auction houses of London and New York? We have listed the top 14 auction houses in Europe you need to know to be in the know.

Mainland Europe has a long standing tradition of auction houses that still keep their personality despite the volatile market. They are smaller, more personal and more versatile in the range of their lots. They cater to a collector base with consistent interest in Old Masters, Impressionist and modern art while they are steadily expanding their expertise to post-war and contemporary art. Their prices are more accessible than the London and New York market where the grandiose publicity sometimes pulls the prices over the natural limits. Take a look at the top auction houses of Europe with their specialties and notable lots:

Buying and selling on Ebay is still the most popular auction model on the internet.

Lots of advantages from selling at a regular auction house and plenty of buyers. 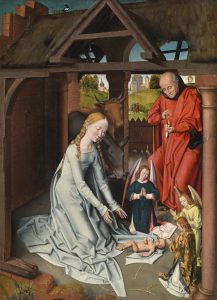 Dorotheum is mainland Europe’s largest auction house, with about 600 auctions annually. They are one of the best when it comes to Old Masters, which is particularly popular with Viennese collectors. However, they are becoming a flag bearer also in Post-war and Contemporary Art.

Artcurial auction house consists of a team of 120 people at your disposal to attend to your needs as a buyer or seller. Embracing a more modern auction perspective, this relatively young auction house had a very good year in 2015, making them one of the top earning auction houses in France. 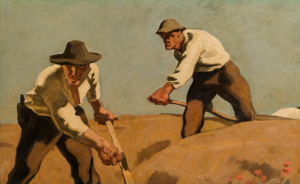 Im Kinsky puts an emphasis on the story an artwork tells – the artist who created it, its previous owners and the meanings it holds. They care about how the sale at their auction influences an object’s history and they like to unveil artworks from unknown collections. 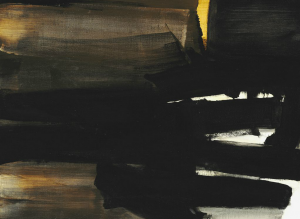 A family owned auction house since its founding, Bruun Rasmussen is among the biggest and the best in Northern Europe. They sell a significant amount of lots, especially online, from many departments. Their website is one of the easiest and most functional to use. Moreover, it is worth keeping an eye out especially because it is possible to find exceptional examples of Danish Modern designs and CoBrA paintings for accessible prices. They are also strong in the coins and other collectibles department. Bruun Rasmussen Auctioneers pride themselves in providing quick and effective sale, directly towards the potential buyer wherever he or she may live in the world. 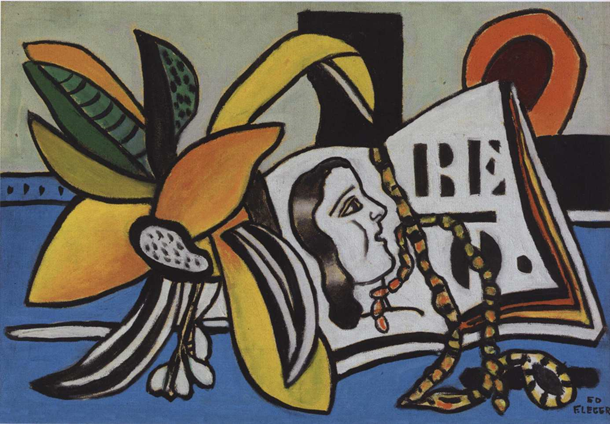 The owner of Tajan, Rodica Seward, bought it from LVMH (French multinational luxury goods corporation) in 2003 has transformed the auction house, with added focus for Modern and Contemporary Art and Design.

Auctionata is a leading online auction house and eCommerce company for art and luxury collectibles. As the inventor of the live stream auction, Auctionata broadcasts auctions in real-time and provides an online auction room that is accessible to bidders worldwide. Today, Auctionata is the biggest auction house in Germany with their headquarters in Berlin and operates globally with offices in New York, London, Zurich, Rome and Madrid. At Auctionata, an experienced and skilled expert authenticates every object. In 2015, they held nearly 250 auctions and achieved numerous record sales in various categories such as Contemporary Art, Fine Art, Antiques and Collectibles, Asian Art, Watches, Wine, Vintage Luxury Goods and Classic Cars. In total, Auctionata offers over 26,000 objects in its online shop. 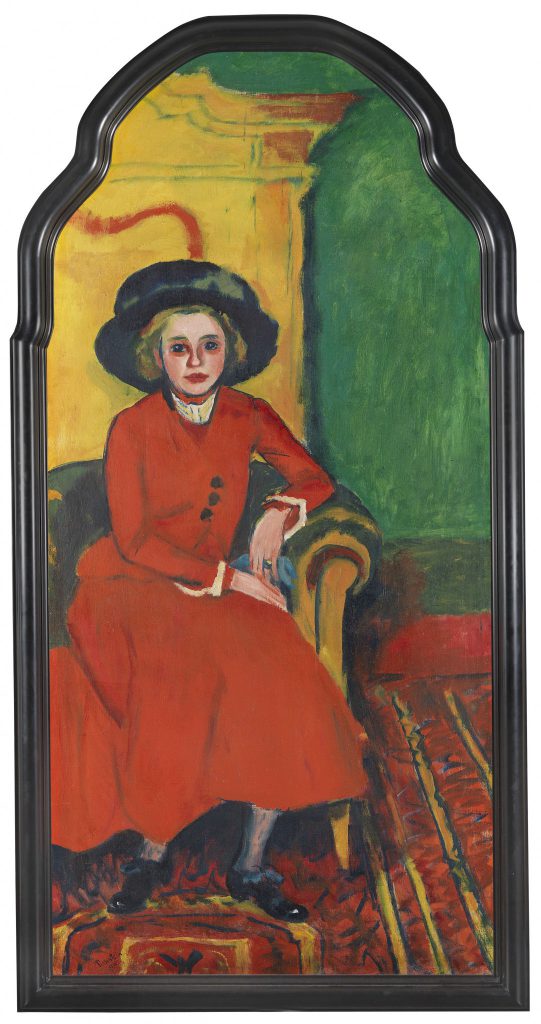 The deep passion for art and a business strategy that combines tradition and innovation have made Ketterer Kunst one of Europe’s most renowned auction houses sixty years after the company was founded. Founded in 1954, Stuttgart, as a small gallery, Ketterer Kunst is now led by owner Robert Ketterer since 1994. They are an expert on especially Expressionism and German Modern Art with record priced masterworks from Kandinsky, Emil Nolde and Günther Uecker in their portfolio. They started selling art online since 2007 and now they enjoy their place among one of the major actors in the online art market. In 2015, Ketterer sold the painting by Max Pechstein “Portrait of Charlotte Cuhrt” for €825,000, more than two times the estimate, which was at €400,000. Ketterer Kunst also holds the world record for Max Pechstein with his two-sided painting “Weib mit Inder auf Teppich (Vorderseite), Früchte II (Rückseite)”. This piece was estimated € 600.000-800.000 and sold for € 3.480.000 in 2011. 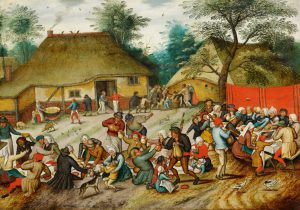 As the oldest family owned auction house in Europe, Lempertz’s history reaches back to 1798 as an antiquarian bookshop that offered auctions and it was officially founded as an auction house in 1845. Lempertz has become internationally renowned for auctioning important art estates. They hold auctions in Cologne, Berlin, Brussels, and Monaco, while offering branches and representatives in Munich, Zurich, New York, and São Paulo. The German auction house Lempertz offers specialist departments in fine arts, decorative arts, modern art, contemporary art, photographs, Asian art, and more. They are also known with their record sales. 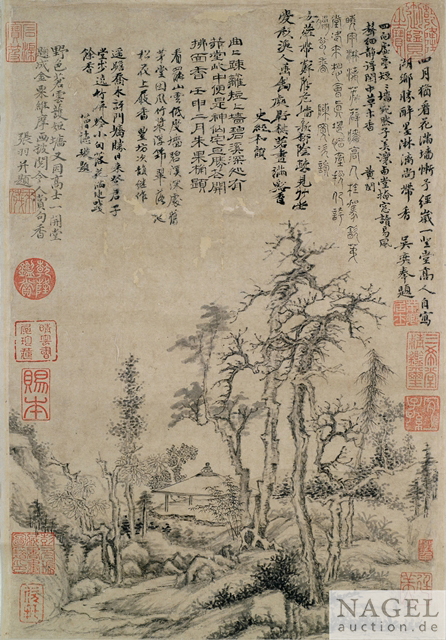 One of Germany’s leading art auctioneers, Nagel Auktionen was founded in 1922 by Dr. Fritz Nagel. Located in Stuttgart, and holds three large art and antiques auctions each year, as well as two auctions of modern art and Asian art and collector’s rugs. In addition to these, they hold specialized and castle auctions. They are an expert in liquidating estates and entire collections.

Founded in 1998, Cambi Auction House has headquarters in Genova and Milan. Since 2000, they hold auctions all over Italy and they attract buyers from all over the world. They specialize in all main types of fine art such as design, watches, oriental art, furniture and decor, painting, modern and contemporary art, sculpture, silver, porcelain and ceramics. Together with the traditional fine arts auctions, they stand out with their specialist auctions in some niche sectors such as maritime art, scientific instruments, fine frames and mirrors and so on. 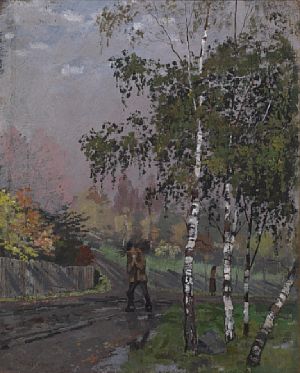 Blomqvist Kunsthandel was established in 1870 as one of the Nordic countries’ first art dealers. Today, more than 140 years later, Blomqvist remains Norway’s oldest, largest and most renowned distributor of art and antiques. They specialize in Norwegian art and antiques, paintings, prints, photographs and sculptures, furniture, silver, china, glass, country antiques, carpets, jewelry and oriental items. Blomqvist is also a recognized expert on the oeuvre of Edvard Munch and still the world leader in sales of Munch’s works and sells the most graphic works by him in the world on the two annual Munch Auctions they hold. 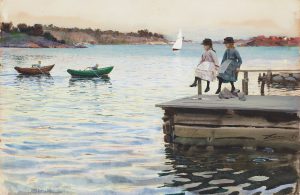 Founded in 1870 by Polish nobleman Henryk Bukowski in Stockholm, Bukowskis is one of the leading art businesses in the Nordic region. Bukowskis hammer auctions are represented by the Classic Sales, the Modern Sale and the Contemporary Sale in Stockholm, each auction held twice yearly – in spring and fall. Beyond these, Bukowskis also offers a range of specialist concept sales, such as Fashion & Diamonds, Real Estate and Charity Auctions. Online sales are conducted by Bukowskis Market with showrooms in Stockholm, Gothenburg and Malmö (Sweden) as well as in Helsinki (Finland). The Bukowskis Market online offers interesting objects ranging from collectors items to interior decoration from all epochs and in all price ranges.

Stockholms Auktionsverk, founded in 1674 in Stockholm, Sweden, bears the proud title of the world’s oldest auction house. Today Stockholms Auktionsverk is one among the leading Nordic auction houses for art, crafts and antiques from all varieties. Their staff comprises around thirty highly educated experts in a range of specialist areas, different cultures and historical periods in art, applied art and antiques. 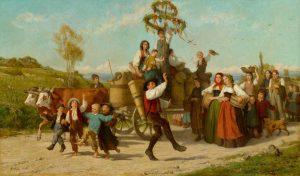 Koller auction house was founded in 1958 by Pierre Koller in Zurich as a gallery that sells equestrian engravings and antique furniture. Throughout time, with the addition of Asian Art and porcelain, clocks, furniture and modern art, including Swiss and international artists such as Ferdinand Hodler and Eugène Boudin, Koller auction house grew into ones of Switzerland’s leading auction houses with locations worldwide including New York, China, France, Germany and Russia. Koller‘s specialty is mainly modern, Swiss, 19th century, and impressionist art. The auction house also offers a number of other specialty departments, including books, silver, jewelry, carpets, wine, and design. Now run by Pierre Koller’s son Cyril Koller, the auction house is especially renowned for unveiling the value of unknown or underappreciated works. In 2008, Koller identified a previously unknown Ambrosius Bosschaert the Elder artwork, which sold for £3.61 million. Previously, in 1999, Koller identified a Joachim Wtewael oil on copper work, and sold it for £2 million.

Auction houses are listed according to alphabetical order of the country they are based in.