Art and Objects, What is it worth

Fascinating Nasa auction, by Skinner Auctions, captures global attention and sets high standards for the sale of Nasa collectibles.  Mearto has interviewed Skinner and examined the auction results to give you a quick analysis of this fascinating auction.

Anticipation was high to the Nasa auction at Skinner and it surely did not disappoint. A lot of different global newspapers wrote about the auction and it was one of the most quoted auctions this year by traditional media. It normally happens that mainstream media pick up auctions when they tap into a popular topic and space missions is certainly one of these topics. The themed auction is an interesting phenomenon that has seen an increase over the last few years. Last week we saw another themed auction when the furnishing from the famous danish restaurant Noma was sold off.

The sale results at the Nasa auction were in line with the expectations and estimate range, and the total sold with the buyer’s premium ($489, 202) exceeded the high estimate. It also drew a lot of new and international bidders and had wide interest across specialties. The auction market needs these themed auction to capture the interest of a broader and younger audience.

The Apollo 8 Earthrise surprised Skinner (lot 126) however it were expected to be of high interest, but the excellent quality of the print drew especially competitive bidding. Skinner were also pleased with how well the early material from the Mercury and Gemini missions sold.

Here is 5 Highlights from the auction that surprised in a positive direction: 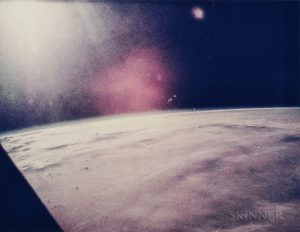 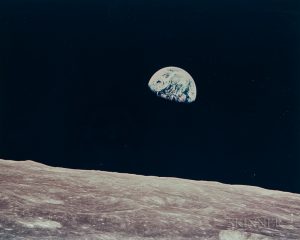 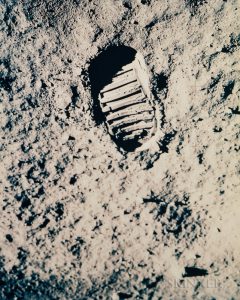 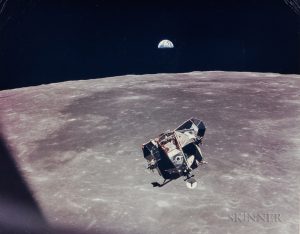