Object of Inspiration – Book of Hours from Northern Italy c. 1480

Consisting from 258 pages, this Book of Hours is probably from Florence and it is on sale at Stockholms Auktionsverk.

A book of hours is a Christian devotional book very popular in the Middle Ages. They contain religious texts, psalms and prayers, accompanied with unique decorations that bear witness to the taste and aesthetics of the Middle Ages, making them historically highly significant. The richer the owner is the more complex the decorations are.

The presence of St. Zenobius in the Litany identifies Florence as the most likely point of origin of this charming little book. He was the first bishop of the city, and his relics are kept in the duomo there in a shrine made by Ghiberti in the 1440s. The half-length portraits in the historiated initials with pale blue backgrounds show the influence of Attavante degli Attavanti (1452-c. 1520/25), the leading Florentine illuminator of the last decades of the fifteenth century and opening of the sixteenth. 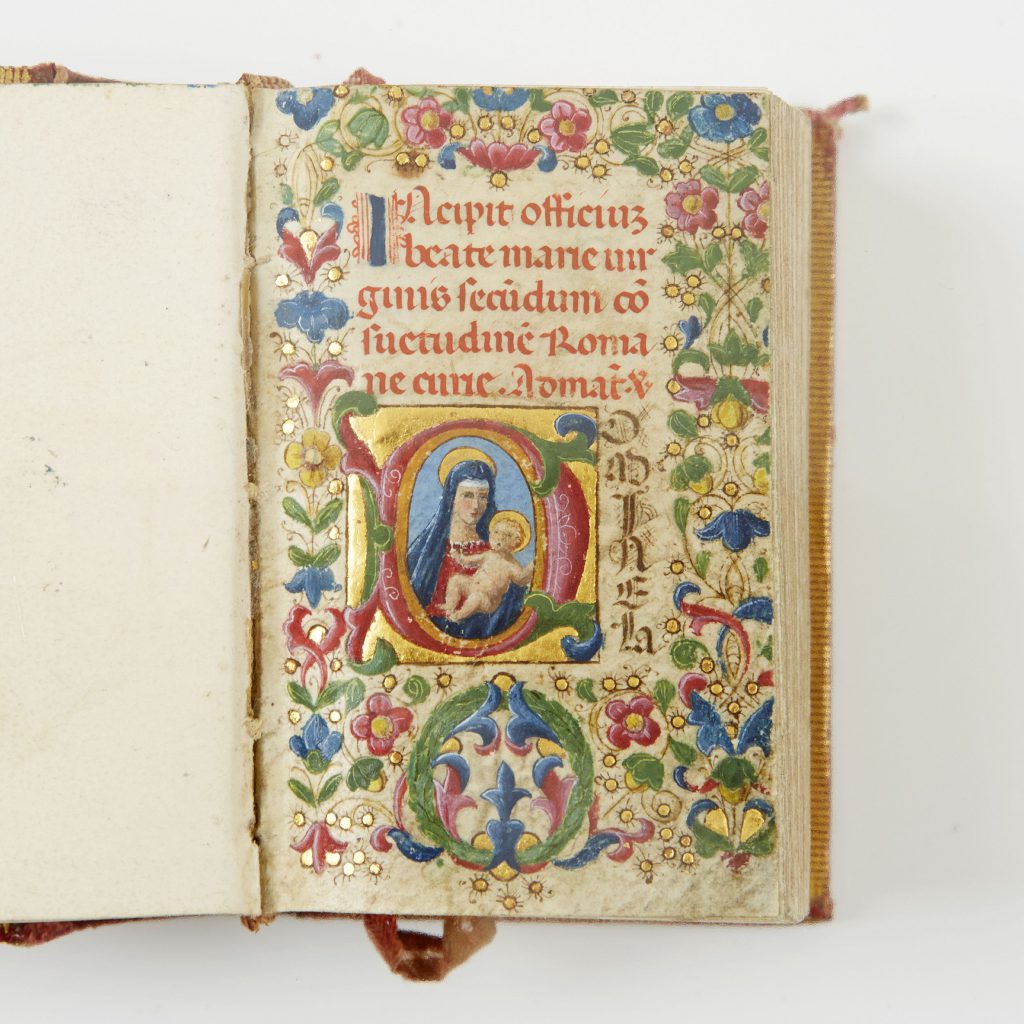 This book features 11 lines in a fine late gothic book hand, red rubrics, one/line initials in red or blue, larger initials with contrasting pen work (some with trailing pen work along entire margin), larger initials of coloured leafy fronds on burnished gold grounds and with bezants in the border, four large historiated initials in same, each with a full border of single-line pen work foliage enclosing acanthus leaves sprays and coloured flower heads, and bezants, small areas of flaking to ink on a few leaves, numerous contemporary and near-contemporary additions to the Calendar and 18th century pen notes in some places.

The volume includes some of the most typical content for a book of hours: the Hours of the Virgin (fol. 1r), and related readings; the Office of the Dead (fol. 127r); the Seven Penitential Psalms (fol. 209r), followed by a Litany and prayers; the Office of the Cross (fol. 253r), ending “Explicit officium sancta crucis Deo Gratias Amen” on the last leaf.